As the Brewers move deeper into July, they will start to move some of their expendable pieces, in the hopes that they can gain something useful for the years to come. My colleague Derek Harvey profiled one such piece, Gerardo Parra, and concluded that Parra would return more in a trade now than he did when the Brewers dealt for him last year. Overall, Parra has indeed improved himself offensively, but one area of his game has never been worse — his baserunning. 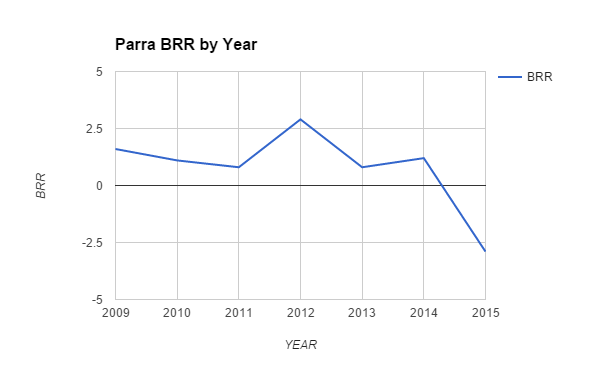 In half a season, Parra has already cost Milwaukee 2.9 runs on the bases — more than he earned for his teams in the previous two years combined. Not only does that mark place him last among his teammates, it also ranks 16th-lowest in all of baseball. Parra has gone from a solidly above-average baserunner to a horrid one, and that drop may harm his trade value.

It’s probably useful to sort through the component of this statistic, in order to get a better idea of why Parra has struggled. Five different statistics make up BRR; Stolen Base Runs (SBR), perhaps the most common among them, measures the runs above or below average of a player’s base-stealing ability. As anyone who has seen Parra (particularly in his Arizona days) can testify, he’s rarely been anything but a liability when trying to swipe a bag: 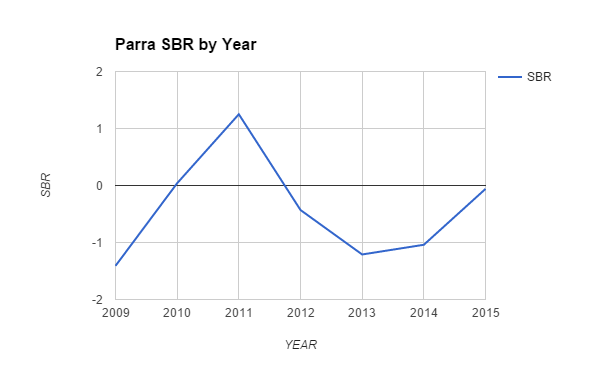 The nadirs for Parra came in 2009, when he only succeeded in five of his 12 attempts, and in 2013, when catchers cut him down an even 10 times out of 20. (The latter season inspired this memorable Dave Cameron post.) Oddly enough, Parra’s gone in safely six times this year, and has only run into an out twice. In other words, a failure to steal hasn’t cost Parra on the bases in 2015.

However, there’s more to running the bases than advancing a base behind the pitcher’s back. The best baserunners will consistently advance at every opportunity, and the other four elements of BRR — Ground Advancement Runs (GAR), Air Advancement Runs (AAR), Hit Advancement Runs (HAR), and Other Advancement Runs (OAR) — gauge their capacity to do so. With the exception of the latter, Parra has come up short in all of those regards thus far.

We’ll begin with ground balls and fly balls, each of which could see Parra set a new career low: 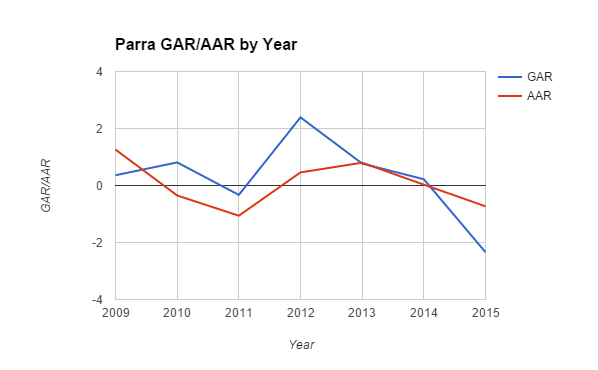 Parra has responded to the increase in chances by moving ahead less than ever before. Entering 2015, he had never accumulated fewer than six Bases Taken in a season, and had posted at least 12 BTs in five of his six campaigns. Thus far, he’s moved ahead a base just twice. Even prorating that over a full season gives him a mere four, easily a career-low.

What about when the ball in play goes for a hit? For that, we have HAR, which also dislikes Parra’s 2015 output: 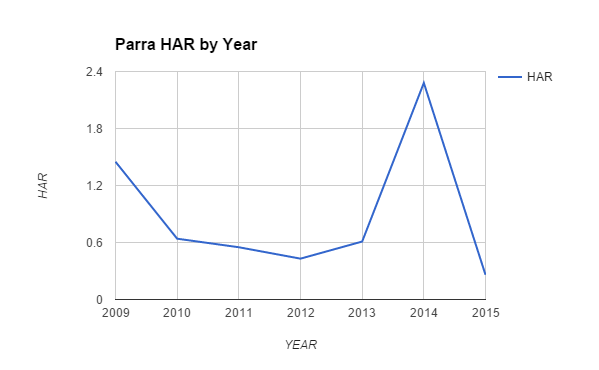 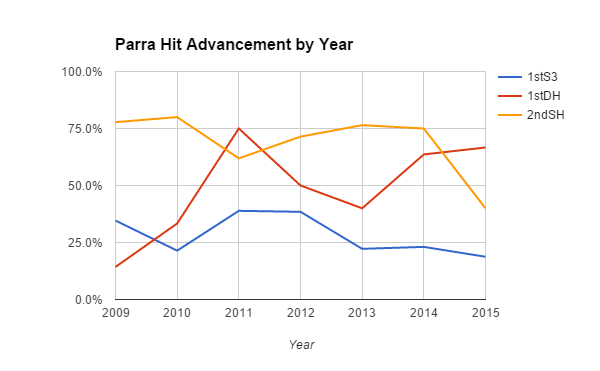 Parra hasn’t had too much difficulty with coming around after the batter knocks a two-bagger, nor has he stopped much at second following a single. He’s fallen short, though, when a single could score him from second base. In that facet of baserunning, the going has gotten tougher than ever.

The possible causes of this all-around decline certainly don’t stand out. Parra has not, to the best of my knowledge, played through any injuries this year, or anything else that may have hampered his performance. His rates of doubles and triples haven’t budged from his career marks, so he doesn’t appear to lack speed (and, as stated earlier, he’s kind of excelled with stealing bases). The Brewers did bring in a new hitting coach after last season, so perhaps Darnell Coles has affected Parra’s running for the worse, but even that is purely speculation. It’s also important to note that, with sample sizes as small as these, metrics such as this can fluctuate rather rapidly; for the rest of the year, Parra may very well return to his old self.

Whatever the cause for Parra’s depreciation, it’s happened, and in an era when major-league teams employ massive analytics departments, any team that hopes to deal for him will probably take note of it. Should he manage to turn his baserunning around in the next few weeks, he could regain the glimmer he had when Milwaukee brought him in last season. For now, though, he remains a terrible baserunner, and one that will soon run terribly elsewhere.