Chris Carter is having a career year thus far in 2016; as of last Sunday, his .344 TAv is by far the highest of his career, and his .283 batting average and .404 ISO are the key driving forces behind that increase. But the key question is how sustainable is this improvement? Carter is arbitration-eligible and under team control for the next two years, so if this jump is at least partially real, the Brewers will have a middle-of-the-order bat at a reasonable price—and such an asset is valuable as both a trade chip or a piece of a roster.

The big driving factor behind Carter’s improvement here appears to be an increased contact rate. Thus far in 2016, the Brewers first baseman has made contact on approximately 68 percent of his swings, which is up significantly from his 63 percent career mark. This is being driven by improved rates on pitches both inside and outside the zone, but—interestingly—this has not corresponded with an increased swing rate overall. Carter has been making more contact by being more selective and chasing less, and he has been rewarded.

His strikeout rate has dipped this year, which is more evidence of this improved contact rate. His 27 percent strikeout rate is still sky-high, but it is a full six percent below his career level. It is also the difference between having one of the five worst contact rates in the majors and being simply generally free-swinging. If Carter can remain around this 27 percent mark instead of around 33 percent, he has a chance to be an above-average player instead of the mediocre one he has become.

Breaking down both Carter’s swing and swing patterns suggests that this improvement may in fact be real.   First, we can see that his swing has in fact changed from last year to this year.

As you can see from the three swings above, in 2015, Carter held his bat straight up and prior to the pitch being thrown. In 2016, though, Carter has held the bat at a flatter angle while in his stance (as you can see below), which can help force the batter to keep a flatter angle through the zone.

If this flatter bat angle was in fact an intentional choice and is not simply an accidental shift or byproduct of some unknown injury, Carter’s improved contact rate is likely quite real—at least at this point. Over the course of a season, players’ swings can change as they attempt to make adjustments or as fatigue sets in and muscle memory takes over.

At this point, though, it appears that Carter has made real strides in pitch recognition and his ability to make contact. He is both swinging at fewer pitches and making more contact when he does swing, and this pattern holds up across the board; it isn’t as if he is simply hitting more fastballs while still swinging and missing breaking stuff. 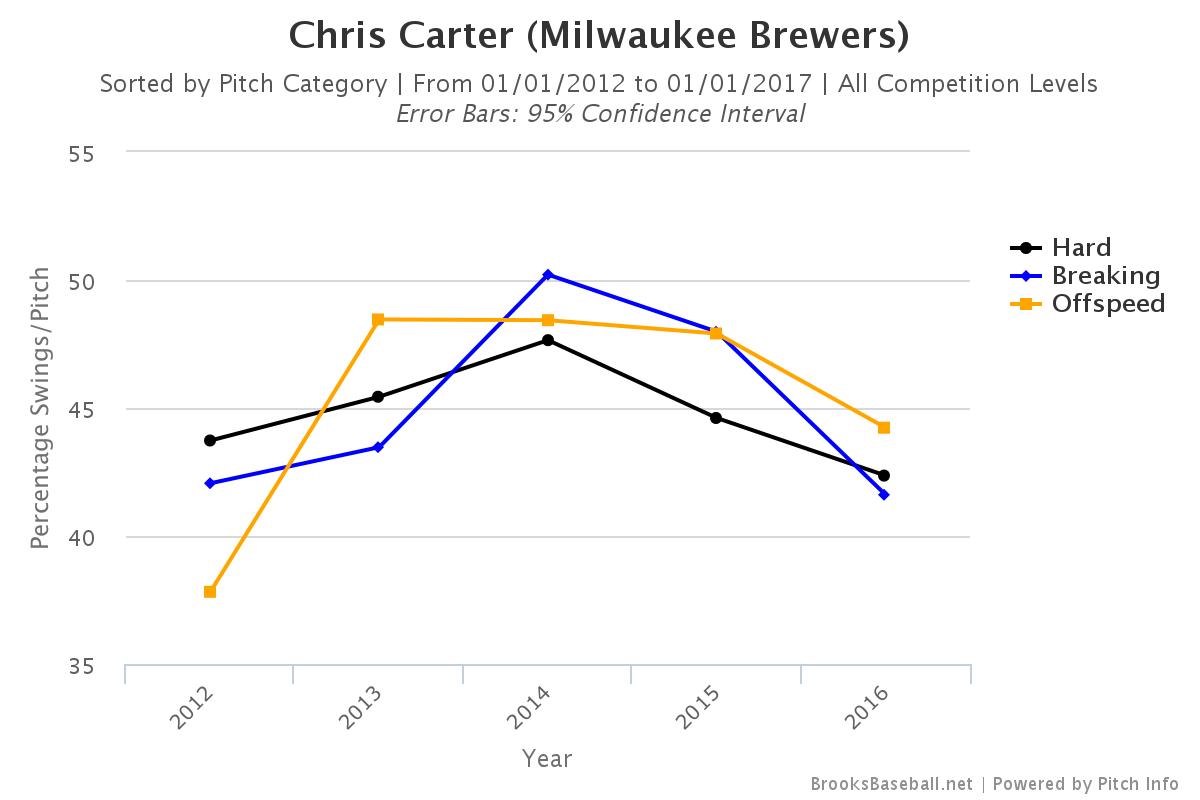 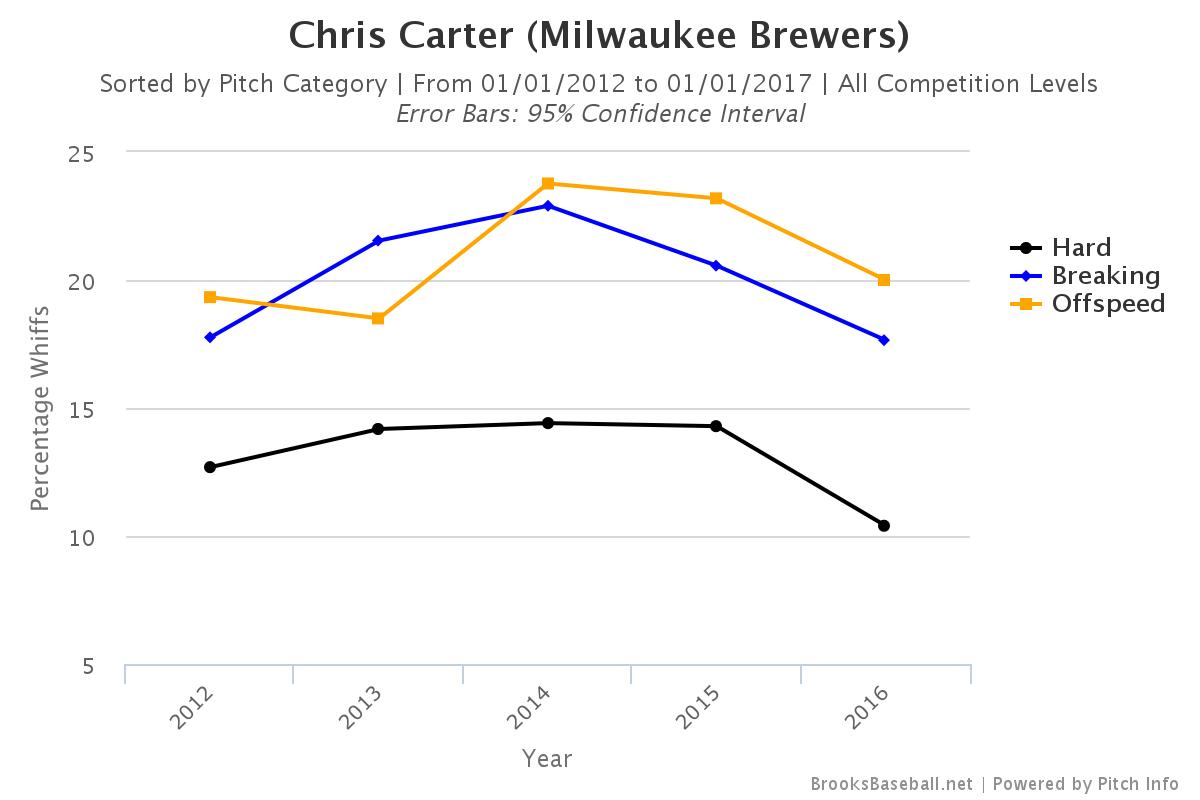 It clearly looks like Carter has made some legitimate improvements in his game that are fuelling his hot start in 2016, and he has not simply been a beneficiary of BABIP luck. Now, the idea of regression to the mean exists for a reason; Carter is far more likely to return to being the player he was than all of a sudden become a new man. But a new swing and new patience are the first steps to redefining yourself as a hitter, and Carter does appear to be on that path.

Tags: Chris Carter |
Seth Victor
Follow @sh_vic
Seth is currently a student at UCLA School of Law. He is also a recent graduate of UC Berkeley, where he majored in Political Science and played club baseball.
read more from Seth Victor