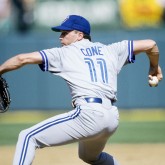 During the 26-year playoff drought Milwaukee endured from 1982 through 2008, the 1992 Brewers marked the nearest miss. It wasn’t a team of stars — Robin Yount was 36 and had lost his power stroke, the starting rotation was led by such luminaries as Bill Wegman and Jaime Navarro, and Doug Henry closed his way […]