WHAT HAPPENED Tonight marked the first tilt in a four-game series against the Pirates. For the Brewers, this also proved to be the second-longest game of the season. In thirteen innings played, the Brewers used eight different pitchers that struck out ten batters. Their offense tallied twelve hits but also struck out fourteen times. The Brewers […] 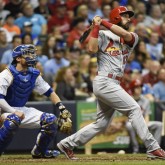 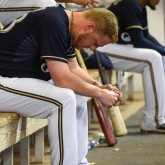 TOP PLAY (WPA) Will Smith entered the top of the eighth in relief of Jeremy Jeffress. Smith inherited two baserunners, Addison Rusell and Dexter Fowler. Smith was able to retire rookie Kyle Schwarber with a swinging strikeout on a 0-2 slider. Chris Denorfia followed up with a flyout to right field, almost escaping the threat. […]