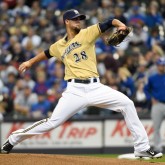 On August 4, 2015, in his first start with the Biloxi Shuckers of the Double-A Southern League, left-hander Josh Hader treated the Brewers and their fans to the sort of dominant performance that made him the 2014 California League Pitcher of the Year and convinced Milwaukee to acquire him as part of the deal that […] 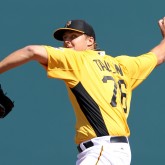 Brewers fans who wish the baseball regular season did not have to end — or at least that it might go on a bit longer — would do well to cast their hopeful gazes southward, where warmth and sunshine reign year-round, and where some of Milwaukee’s top prospects continue to hone their crafts. From mid-October […] 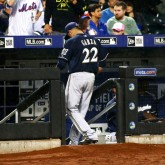 Baseball fans have come to expect certain things from Matt Garza: a few gems, a few meltdowns, a lot of intensity, an occasional trip to the DL, and the final stat line of a useful number-three starter. From 2008, when he became a fixture in Tampa Bay’s rotation, through 2014, his first season in Milwaukee, Garza’s […]