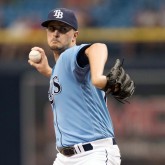 One of the most interesting aspects of the Brewers rebuilding thus far is that nearly everyone involved in the Carlos Gomez-Mike Fiers trade took a step back in 2016, or raised some question marks about their profile. Mike Fiers and Josh Hader arguably had the best years of the bunch, and even Hader himself still […] 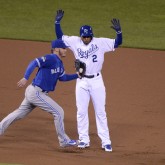 This October, just like last October, watching Alcides Escobar play for the Royals has felt like a revelation. Escobar has been electric at the top of the order for the Royals in the American League Championship Series. He has led off each of the first two games with a hit for the Royals, and he […]