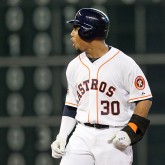 For Brewers fans looking to knock the rebuild, 2016 has seen setbacks and injuries for several notable Brewers prospects. The system development has largely served as a polar opposite to 2015’s large step forward. In this context, however, the Brewers club also offers exceptional player development lessons with Junior Guerra and Jonathan Villar, who both […]