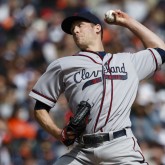 The Brewers have brought in a boatload of starting pitching reinforcement as of late. Adrian Houser and Josh Hader came over in the Carlos Gomez trade; Zach Davies arrived in exchange for Gerardo Parra; and Jean Segura helped them acquire Chase Anderson. At the same time, the bullpen hasn’t really received many upgrades, probably because […] 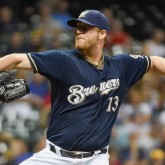 The recent trade of Francisco Rodriguez means that the 2016 bullpen will look significantly different from the 2015 one. There will obviously be a new closer, but that specific title is less important than the specific leverage roles that each player will fill. Rodriguez was not just the Brewers’ closer; he was also one of […]