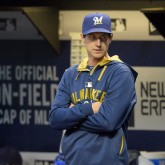 Earlier this season I wrote an article critical of Counsell’s use of Josh Hader (after praising him in April). Mid-season, when the Brewers were playing more like a .500 team than a division-winner, I assumed that overusing Hader was the only chance they had. As it turns out, I vastly underestimated just how good the Brewers […]