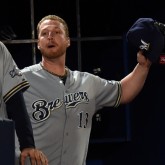 WHAT HAPPENED The Brewers offense was stymied once again, this time by Tom Koehler. The Marlins’ righty tossed eight innings of four-hit ball and struck out a career-high 10 Brewers en route to his ninth win of the year, lowering his ERA back under four in the process. For the Brewers, Ariel Pena made the […] 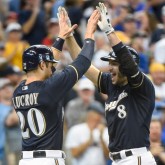 WHAT HAPPENED The core pieces of the Brewers’ offense stepped up and carried the day, as the team pounded out 13 hits, drew a pair of walks, and plated nine runs. Adam Lind launched his 18th homer of the year, though it was his first since August 11, so Craig Counsell and his staff have […] 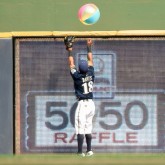 WHAT HAPPENED The Brewers bounced back from a tough defeat on Saturday to beat the Reds 4-1 and take two out of three games in the series. The big story of the day was Wily Peralta. In his last two outings, he only pitched a combined 7.2 innings, allowing 10 runs, 15 hits, and only […] 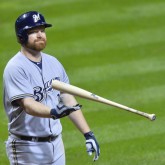 WHAT HAPPENED In the last game in a two-game series against Cleveland, the Brewers were hoping to avoid the “sweep.” Despite putting seven hits on the board, the offense limped through nine innings as Milwaukee only mustered two runs across the plate. Unfortunately, Jimmy Nelson was just as dull as the offense. His line for […] 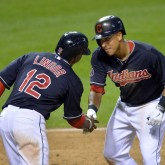 WHAT HAPPENED In a game that Milwaukee lost despite scoring six runs, we got a bitter taste of the pitching problems that have plagued the Brewers all season. Wily Peralta and Kyle Lohse have combined to throw over 200 innings in 2015, and they have combined for -1.2 WARP. Peralta started this game and pitched […] 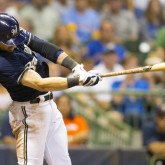 WHAT HAPPENED The game had an ominous beginning. Dee Gordon, the leadoff hitter for the Marlins, singled up the middle. He then stole second base and moved up on a passed ball to third. After a Martin Prado groundout, which scored Gordon, Derek Dietrich doubled. But the first early game blow came from Justin Bour, […] 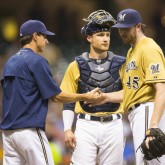 WHAT HAPPENED Tyler Cravy took the hill for the Brewers tonight and struggled mightily from the get-go. Despite getting the first two outs in four batters faced, Cravy had trouble keeping men off the basepaths in the first inning. Unfortunately, by the time Cravy got through his fifth batter of the inning (yikes!), the bases […] 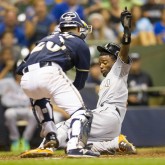 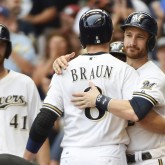 WHAT HAPPENED Ryan Braun and Taylor Jungmann happened. Braun kicked off the scoring in the first, scoring Jonathan Lucroy on a groundout to shortstop. Lucroy had previously tripled to to right. On that triple, he busted out of the box and had three on his mind the whole way; his path was made easier by the Phillies mishandling the […] 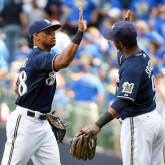 TOP PLAY (WPA) After Milwaukee took a 1-0 lead in the first inning, the Brewers and Padres remained locked in a stalemate for the next frame and a half despite putting men on the basepaths. The third inning was shaping up to look like the previous two as Matt Garza started things off by retiring the […]