The Milwaukee Brewers minor league affiliates completed their 2017 campaigns on Sunday, in the form of a gutwrenching Game Five Colorado Springs loss in the Class-AAA Pacific Coast League playoffs. Now that the minor league season is over, fans and analysts can begin to process information about the season, including scouting reports and statistical analysis […]

It’s easy to focus on the success stories of the 2016 Wisconsin Timber Rattlers and ignore the rough season endured by the 2016 Brevard County Manatees. The Milwaukee Brewers system really was split into two different prognoses this season, which provided an excellent reminder that work throughout a minor league system, even during a thus-successful […] 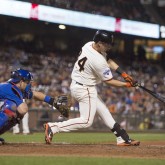 On July 23, 2015, the Brewers rebuilding efforts began in earnest, as President & GM Doug Melvin traded veteran third baseman Aramis Ramirez to the Pittsburgh Pirates for right-handed relief option Yhonathan Barrios. The move was hardly one that would signal the next contending era, but it was a strong move toward future value nonetheless. […] 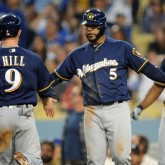 Finally, the moment that fans of the Milwaukee Brewers have all been waiting for has arrived. As of July 7th, trade season has officially begun for our beloved local nine. INF Aaron Hill and cash have been traded to Boston in exchange for RHP Aaron Wilkerson and 2B Wendell Rijo. — #VoteBraun (@Brewers) July 7, […]