The Brewers enter the 2019 season in relatively uncharted territory. Their three year progression in operating revenue, estimated by Forbes (prior to interest, taxes, depreciation, amortization), totaled approximately $150 million entering the season and exhibited fantastic growth prior to a 200,000 person spike in attendance and a deep playoff run. Given spending on the Carolina […] 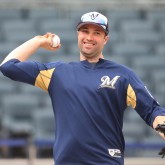 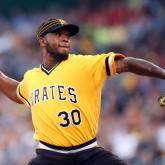 Milwaukee’s hot stove season has been popping already, but most of that action has come on the trade market. The Brewers have signed just one free agent thus far, Eric Thames, at a bargain-bin tab of $16.5 million. That may not be the case for long, as the club is rumored to be on the […] 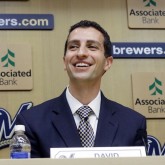 I have written in the past about how the Brewers rebuild resembles the Cubs rebuild. The Cubs stockpiled position player talent and hoped that a good chunk of it would develop into quality major leaguers. The Brewers appear to be attempting to do the same thing. Orlando Arcia, Lewis Brinson, and Corey Ray form the […]