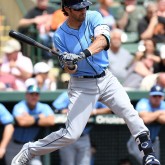 On March 28th, the Milwaukee Brewers made a slightly-shocking move by designating fan-favorite Scooter Gennett for assignment. He was promptly claimed by the Reds and made his way to Cincinnati. Most assumed the Brewers were done making moves. However, Wednesday morning the team claimed utility player Nick Franklin off waivers from the Tampa Bay Rays, […] 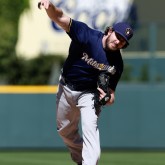 With the signing of reliever Jared Hughes announced, the Brewers have presumably set their opening day 2017 roster and completed their 2016-2017 offseason. Compared to David Stearns’s splash 2015-2016 offseason, this iteration featured many underwhelming moves, a general lack of creativity (of the brand that brought the 2016 MLB roster Junior Guerra, Jonathan Villar, and […] 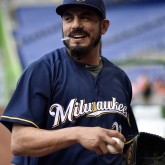 To Brewers fans’ disappointment, the oft-controversial and seemingly replacement-level veteran right-handed starting pitcher Matt Garza will likely open the 2017 season in the Milwaukee Brewers starting rotation at the expense of sexier, younger options in Josh Hader, Jorge Lopez, and Brandon Woodruff. The idea isn’t that Garza is likely to be a big piece on […] 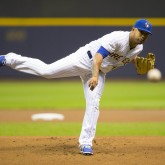 A few weeks ago, on the BP Milwaukee podcast, host Vineet Barot wondered how many players the Brewers used in 2016 and how that compared to other teams. I thought it was an interesting question and therefore decided to find out. For today I’ll just put it into Brewers historical context, and when I have […]