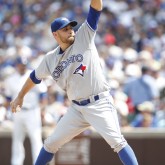 If the progression of Brandon Woodruff did not awake the question last season, Corbin Burnes’s ascent through the minors has certainly raised it loud and clear, week in and week out, this season: does the Milwaukee Brewers system have an ace? In the cases of both Woodruff and Burnes, the answer is quick and easy, […] 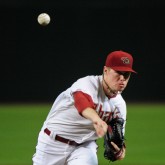 Baseball is almost back! With the 2016 regular season underway in just five days, the Brewers faithful can hardly wait. But we still have those 120 hours to kill, which means we (meaning I — unless the audience has as little of a social life as I do) will kill our time looking at leaderboards […] 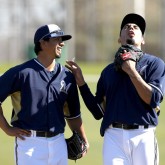 Ever since free agency reared its head in 1975, baseball’s owners (particularly the cheap ones) have demanded compensation for their departing talent. The 1981 strike was, in part, driven by player resistance to a system of free-agent compensation in which the owners would “receive a player of similar value,” which would effectively kill the free-agent […] 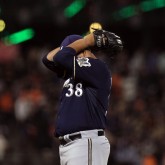 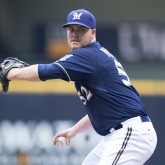 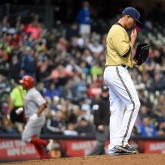 For some baseball fans, Opening Day is the quintessential symbol of hope. With everybody tied for first place, it’s easy to clutch tightly to a sense of optimism, even if that optimism isn’t entirely rational. Zero and zero is a record that teems with promise of things to come. After a long, patience-testing offseason, that […] 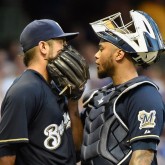 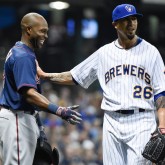 Despite sputtering in the last month of the season, the Brewers succeeded overall in 2014. Kyle Lohse contributed a 1.8 WARP to that effort — his second-consecutive solid year in Milwaukee, following a 2.1-win campaign in 2013. That all came crashing down in year three, as Lohse allowed the second-most earned runs in the National […] 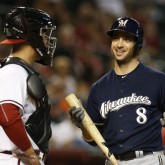 Lately, lots of talk surrounding the Milwaukee Brewers has surrounded the future of the team. And understandably so. The future appears to hold so many more positive, exciting things in store! But with the 2015 season so freshly minted, let’s take a look back and crown some winners for the First-Annual BP Milwaukee End-of-Season Awards. The […]